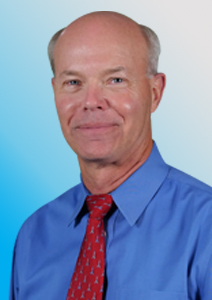 Doctor Eric Weyer obtained both his Bachelor’s Degree and his Doctorate in Optometry from Indiana University School of Optometry. He completed his studies in 1978 and immediately began his career in optometry in private practice in Evansville. In 1987 he joined Welborn Clinic and helped to start their Newburgh Eyecare later that year. Dr Eric has been a member of both the American and Indiana Optometric Associations.

A member of The Vision Care Center since 2008, Doctor Eric specializes in family eye care and ocular disease, and enjoys working with contact lenses. Improving the vision and ocular health of his patients for nearly four decades, Doctor Eric enjoys giving his patients the care and treatment they deserve at the downtown and Gateway locations.