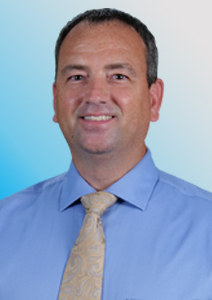 Dr. Chad Baker, obtained his Bachelor’s Degree from Indiana University in 1998.  Four years later, he earned his Doctorate degree from Indiana University School of Optometry graduating first in class with highest distinction.  He spent the first few years practicing in Muncie and Richmond, IN.  Dr. Baker then moved to the St. Louis area where he practiced for over 15 years before he joined The Vision Care Center in August, 2020. He is very proud to be working with the professional TVCC doctors and staff along with serving the Evansville Tri-state.

Dr. Chad Baker is originally from Bloomington, IN.  He first became interested in optometry after receiving his first eye exam.  His interest continued while watching the older brother of his close friend attend optometry school.  A member of Beta Sigma Kappa, Dr. Baker specializes in primary care optometry, ocular diseases, and glasses and contact lens fittings.