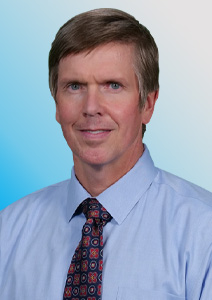 LASIK Specialist: Andrew W. Tharp, MD, FACS
4.5
Based on 15 reviews
See all reviewsWrite a review
Dr. Thorp is an excellent doctor always provides information pertaining to procedures. both before and after. extremely professional and compassionate.

James Martin
21:07 16 Dec 20
He goes above and beyond for ALL of his patients!! He will see you in the evening or a weekend if you are having an issue. He works diligently to make you feel comfortable and safe and know what your problem is. He is a kind and compassionate man and doctor! He has my utmost respect!!! Anyone would always benefit from his knowledge and extreme experience with your vision!!!

Michele Geiss
22:24 23 Jul 20
I fully trust his diagnosis, l also appreciate his confidence and straight forward attitude. I would recommend him to friends and family

Margaret Stilwell
20:47 09 Jan 20
I have had eye problems since the age of 35 and I'm now in my sixties. I have been a patient of Dr. Tharp since he opened his practice in Evansville. He and his staff provide the best care and always make me feel like whatever I'm going through is really important to them. I am prompted to write this review today because I am having a serious problem with my eyes right now and ran into an insurance issue. I went to talk to the office and Dr. Tharp came out himself to talk to me. This office works as a team and that is obviously to the patients. Thank you Dr. Tharp and staff for your continued good care of me and your other patients.

Amy Abbott
01:36 04 Jan 19
Dr. Tharp performed Lasik on my eyes in 2000. I was and remain very pleased with the results. He is an excellent opthomologist who is kind and considerate to his patients, and he is a wonderful human being.